It’s been busy here at Nick Leh Photography coming on as resident photographer for the Phoenixville Area Chamber of Commerce. I’ve had the pleasure of attending some recent events and the next few posts will spotlight these.

The first was the PACC awards dinner held on April 25th at the Phoenixville Country Club. The event featured speaker Kristen Hagopian and awarded some of the people who have made a positive impact on the area over the past year. Click on the photo below to view all of the photos from the night. 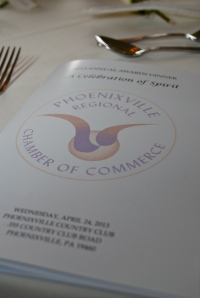 New photo of the week

It’s been a while but there is more to come shortly. In the mean time check out the new photo of the week to the right! Click on the photo to take a look at the other photos in my Black & White gallery.

Here is the next photo of the week focusing on my wedding photos. This one was taken on the way to the reception from the ceremony. The groom and his groomsmen rode over on their motorcycles which provided the opportunity to capture this great shot of the groom in his tux.

Check out the next photo on the right side of the page.

If you are looking for a photographer for your wedding check out my website here and find out why NLP is a unique perspective on engagement & wedding photography.

I posted a new gallery, check it out here or go to http://www.nicklehphotography.com

It’s getting to be that time of the year and couples will be celebrating their special day. In anticipation of a bridal show that I’ll be at in Limerick this weekend, I thought I’d post some of my wedding and engagement photos over the next couple of weeks. We’ll start off with the photo of the week that was taken at the wedding of Jen and Bob that I did last fall.

This photo, Wedding Day Flowers, helps to illustrate our tag line “A Unique Perspective on Wedding & Engagement Photography”. This is in the literal sense in that I take a unique perspective with the way I shoot, the way I see things through my lens.

This also has another meaning, in the way I approach wedding photography. I don’t feel you should have to break the bank to capture great photos of your special day and I don’t think that you should have to purchase a bunch of photos in various sizes that you might never use. Instead, we offer packages that are affordable and give you the option to print only the photos you want and get the high-resolution images on a disc that is yours to keep, just like having the negatives. This means that you can print what you want and as many as you want wherever you want.

If this perspective is something that interests you, I would love to meet with you and your partner to discuss doing your event. Call me at 484-432-0796 or email at nicklehphotography@gmail.com to set up a time.

How much are you paying for photographs of your wedding? Is it too much? Check back for the answer.

We’re going to be at the Limerick Golf Club Bridal Show on the 27th. Check out the detials here and stop by to say hi!

Also, visit the website to check out some of my engagement & wedding photos.

Here is the latest photo and one of my early ones. This is a shot from Washington Crossing Pennylvania of the boats that George Washington and the soldiers used to cross the Delaware river on Christmas eve to surprise the German soldiers in Trenton. I came across this while I was living in Bensalem and out exploring Bucks County one weekend.

After 200 plus years these are obviously replicas but they made for a great photo. I took this photo with a film camera, a Nikon N75. There are no edits to this photo, I captured just what I wanted when I took the photo and it remains a favorite of mine and my fans to this day.

If you like this photo you can purchase it or check out my others by clicking here.

On the right side of the page is the next photo-time for some color! Check back next week to read about this one. Email me if you have any questions about this weeks or the next photo at nicklehphotography@gmail.com.

Photo of the Week: Ice on Pier

This is the first in a series exploring some of my work. This photo is titled Ice on Pier and I have to admit that my creativity seems to be more focused on my photos rather than their names. That aside, this photo was taken in December 2010 in St. Joseph Michigan, on Lake Michigan. St. Joseph is a small “shore” town across the lake from Chicago and gets pretty cold compared to what I’m used to in Pennsylvania, at least in December. We were in Michigan visiting my wife’s family and I ventured out to find some good subjects and came across the pier completely covered in ice. While there were signs warning of the dangers of going onto the pier, they were all the type that puts all of the risk on you. Those warnings with stories from my wife of the number of people that get swept in and die each year in my mind, I ventured out onto the pier in search of a great photo opportunity….and I was rewarded for my risk!

I took the photo with my Nikon D80 around late morning/early afternoon with a Quantaray 28-200 lens. I took several shots of the pier from various angles, and in the end settled on two, this one and one that I will post at a later date. The way the waves lap up over the rails and freeze over and over again creates a great sight but I wasn’t completely satisfied with the raw image.

It wasn’t until I was back in PA and loaded the image into Photoshop that I came to see the photo exactly how I wanted it.

Disclaimer: Since this is the first entry about my work I want to make sure everyone understands my views on digital manipulation. I have been doing art fairs for the past couple of years and a lot of traditional photographers view digital manipulation as a no no….heck most view digital photography overall as a no no and stick to film and a standard darkroom. I have no problem with using a digital camera and believe that you have an opportunity to experiment more with digital than you do with film, at the very least just from a cost perspective in that you aren’t spending tons of money on film to try things out. That said I started with a manual film camera and was trained in a traditional darkroom and spent years working in a photolab processing film and printing photos. I try to restrict my manipulations strictly to things that can be done in a darkroom if I change the image at all. The work on my site is a variety of film and digital and only a percentage has any manipulation to it. All of this is to say that I think photography is more than just what you do when you take a photograph. You can manipulate things just as much when you develop the film or when you print the photo as you can on a computer.

Back to the photo, in Photoshop I used the solarization filter which made the sky dark and the ice really light and then changed the image to black and white. From there I increased the contrast which really darkened the sky and made the ice pop in contrast to it. In the end some minor changes really made an already dramatic scene into something that really jumps out and grabs you.

I hope that you found this interesting. If you have any questions about this specific photo or want to ask about another please post a comment or email me at nicklehphotography@gmail.com.

If you live in the Philadelphia/Reading area and are looking for a photographer for a wedding, or portraits of yourself or your family, or have a variety of other projects I would love to help you. I love to bring my traditional photojournalistic approach to people. Please contact me or check out my website to see what I can do for you at http://www.nicklehphotography.com.

Each week I will be posting one of my photos and talking a bit about the subject, how I took the photo, how I processed it, etc.  I hope that you find this informative and it gives the viewer some insight into my work.  If you have any questions please leave a comment or email me directly at nicklehphotography@gmail.com.

Also, on the sidebar I will be posting the photo for the upcoming week and would encourage everyone to post or email me any questions you have about the photo that you’d like me to address in the next post.

These weekly looks at my photos will just be one aspect of this blog.  I also am planning to discuss various events and projects that I am working on.  If you have any questions about my work or ideas that you want me to discuss please let me know.